In fact, the earliest records of using data to track and control businesses date back from 7.000 years ago when accounting was introduced in Mesopotamia in order to record the growth of crops and herds. Accounting principles continued to improve, and in 1663, John Graunt recorded and examined all information about mortality roles in London. He wanted to gain an understanding and build a warning system for the ongoing bubonic plague. In the first recorded record of statistical data analysis, he gathered his findings in the book Natural and Political Observations Made upon the Bills of Mortality, which provides great insights into the causes of death in the seventeenth century. Because of his work, Graunt can be considered the father of statistics. From there on, the accounting principles improved but nothing spectacular happened. Until in the 20<sup>th</sup> century the information age started. The earliest remembrance of modern data is from 1887 when Herman Hollerith invented a computing machine that could read holes punched into paper cards in order to organize census data.

The first major data project is created in 1937 and was ordered by the Franklin D. Roosevelt’s administration in the USA. After the Social Security Act became law in 1937, the government had to keep track of contribution from 26 million Americans and more than 3 million employers. IBM got the contract to develop punch card-reading machine for this massive bookkeeping project.

The first data-processing machine appeared in 1943 and was developed by the British to decipher Nazi codes during World War II. This device, named Colossus, searched for patterns in intercepted messages at a rate of 5.000 characters per second. Thereby reducing the task from weeks to merely hours.

In 1952 the National Security Agency (NSA) is created and within 10 years contract more than 12.000 cryptologists. They are confronted with information overload during the Cold War as they start collecting and processing intelligence signals automatically.

In 1965 the United States Government decided to build the first data centre to store over 742 million tax returns and 175 million sets of fingerprints by transferring all those records onto magnetic computer tape that had to be stored in a single location. The project was later dropped out of fear for ‘Big Brother’, but it is generally accepted that it was the beginning of the electronic data storage era.

In 1989 British computer scientist Tim Berners-Lee invented eventually the World Wide Web. He wanted to facilitate the sharing of information via a ‘hypertext’ system. Little could he know at the moment the impact of his invention.

As of the ‘90s, the creation of data is spurred as more and more devices are connected to the internet. In 1995 the first super-computer is built, which was able to do as much work in a second than a calculator operated by a single person can do in 30.000 years. 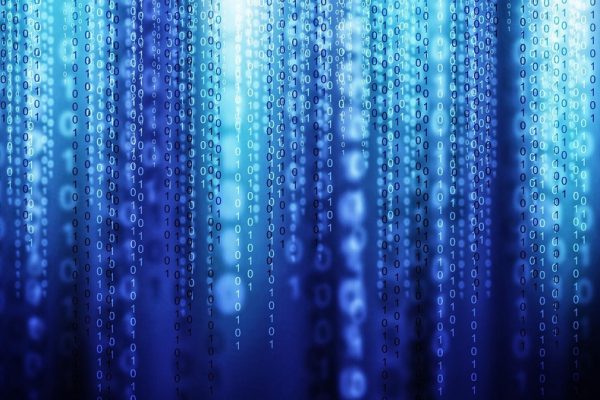 In 2005 Roger Mougalas from O’Reilly Media coined the term Big Data for the first time, only a year after they created the term Web 2.0. It refers to a large set of data that is almost impossible to manage and process using traditional business intelligence tools.

2005 is also the year that Hadoop was created by Yahoo! built on top of Google’s MapReduce. Its goal was to index the entire World Wide Web and nowadays the open-source Hadoop is used by a lot of organizations to crunch through huge amounts of data.

As more and more social networks start appearing and the Web 2.0 takes flight, more and more data is created on a daily basis. Innovative startups slowly start to dig into this massive amount of data and also governments start working on Big Data projects. In 2009 the Indian government decides to take an iris scan, fingerprint, and photograph of all of its 1.2 billion inhabitants. All this data is stored in the largest biometric database in the world.

Since 2003, Cybertec has been providing strategic technology solutions for government and commercial organizations across various industries. We use innovative technologies and proven methodologies.

Since 2003, Cybertec has been providing strategic technology solutions for government and commercial organizations across various industries. We use innovative technologies and proven methodologies.